When it comes to gender inequity in the architecture world, the writing’s on the wall: In the U.S. alone, women make up nearly half of the student body in architecture schools, and yet those numbers drop off dramatically in the professional field, where women make up a paltry 18 percent of licensed architects and, worse yet, suffer from a host of well-documented wage and social inequities that prevent them from scaling the ladder. Worldwide, only three of the top 100 firms are headed by women.
Critics have opined that the enduring myth of the machismo starchitect—which problematically heralds a singular, heroic talent at the helm of an inherently collaborative discipline—is much to blame for the systemic social and sexual prejudices that continue to plague architecture today. Architecture’s #MeToo movement arrived later than in other creative disciplines, and it came as little surprise to many within the field.
Yet, in its wake, the movement has ignited a wave of activism that has continued to resonate, with spirited protests at the recent Venice Architecture Biennale and the annual AIA Conference, and even the formation of an anonymous “Shitty Architecture Men” list. Here, we highlight 16 women across generations and borders, and the ways they’re leading the charge in moving the architecture field forward. 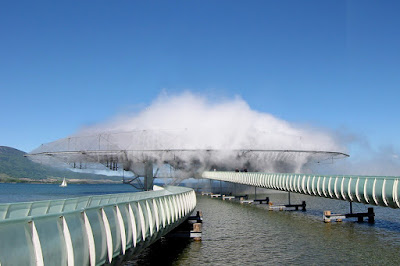 Career Highlights: Leading the design of The Broad and The Shed, and the expansion of MoMA; receiving a MacArthur Fellowship “genius” grant

As one of four partners of the world-renowned firm Diller Scofidio + Renfro, Elizabeth Diller has led design development for some of the country’s most anticipated museum buildings in the past decade. These include the highly popular Broad museum in Los Angeles, as well as two major structures underway in New York City: the Museum of Modern Art’s expansion in Midtown and a ground-up launch of The Shed at Hudson Yards, designed in collaboration with Rockwell Group, which will boast a 4,000-ton kinetic shell—a grand sculptural and performative gesture in itself.
An architect with an artistic turn of mind, Diller earned her creative chops early on in her career, working alongside husband and partner Ricardo Scofidio on conceptual projects that comfortably blur boundaries between fine art and design. This year, she was the only architect—of any gender—to be featured in TIME magazine’s annual list of the 100 most influential people; she was included for her masterful ability to “turn a metaphor into brick and mortar.”…………………
https://www.artsy.net/article/artsy-editorial-16-women-breaking-new-ground-architecture?utm_medium=email&utm_source=14282995-newsletter-editorial-daily-08-27-18&utm_campaign=editorial&utm_content=st-V