IN THE ITALIAN RENAISSANCE, WEALTHY PATRONS USED ART FOR POWER

Alina Cohen
While centuries of scholars have parsed the meanings and symbols within Italian Renaissance artworks and architecture, their mere existence also testifies to the era’s power structures and distribution of wealth. The very act of commissioning an artist to design a building, sculpture, or painting signified the patron’s taste, erudition, financial status, and ambition. The clues found both inside and outside these works offer insight into the hierarchies and values that shaped the warring city-states of 15th and 16th century Italy. 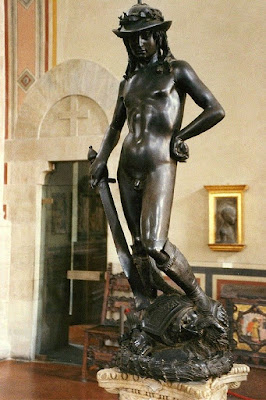 In the 15th century, the Medici family of Florence rose to prominence after amassing a fortune in banking, an industry they revolutionized with the introduction of a double-entry bookkeeping system, one that is still used today. By 1434, Cosimo de’ Medici had become one of the wealthiest people in Italy, and the region’s unofficial ruler, a position he retained until his death 30 years later. His lineage (which included four popes) are considered perhaps the greatest private patrons of the Renaissance, and in the history of art.
Their funds produced such masterpieces as Sandro Botticelli’s Birth of Venus (ca.1484–86), Michelangelo’s Tomb of Lorenzo de Medici, Duke of Urbino (c. 1525), Donatello’s bronze David (c. 1428–32), and the Uffizi Gallery itself (while the museum has always housed much of the Medici art collection, it was originally designed as offices for Florentine magistrates by veritable Renaissance man Giorgio Vasari, who also authored Lives of the Artists, the era’s canonical collection of biographies). Such proud, public-facing projects bolstered the family’s authority, evincing their refinement, affluence, and commitment to transforming Florence into a cultural powerhouse. 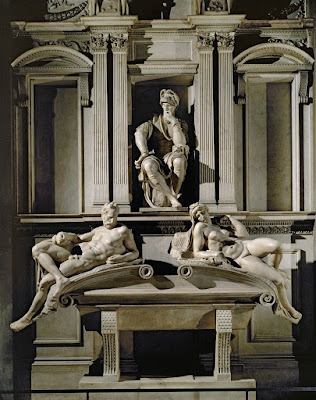 Similarly, the Borgia and Sforza families, who presided over the Papal States and Milan, respectively, also contributed funds toward the era’s vast cultural output. Leonardo da Vinci worked as an engineer for both. He created sketches of complex weapons for Cesare Borgia and The Last Supper (1495–98) for Ludovico Sforza. Both families similarly used art as propaganda, hiring artisans to construct statuary and buildings in their honor.
Notably, such significant patronage also shifted the status of artists in society. According to art historian Michael Baxandall, early Renaissance texts revealed that people believed good materials made for good art. By the end of the era, they prized skill. “In the medieval period artists were effectively craftsmen... they were manual laborers,” said art historian Richard Stemp. “Gradually people began to understand artists were not just painters and decorators but had a particularly gifted insight onto the world.” Artists began to earn respect—and higher fees—for their personal styles and innovative techniques.
In Stemp’s new book, The Secret Language of the Renaissance: Decoding the Hidden Symbolism of Italian Art, he deconstructs Benozzo Gozzoli’s Procession of the Magi (North Wall),1459–62, a fresco that extends across three chapel walls in Florence’s Palazzo Medici. The work depicts a massive procession of horses and humans marching across a winding, craggy path. In the background, a magnificent gray building sits atop a hill, as though gazing down on the busy journey. 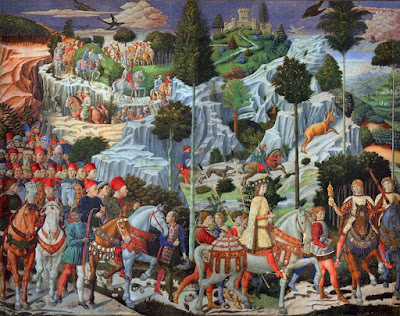 Gozzoli painted Medici family members and himself into the work. Cosimo’s red-hatted, white-haired figure “is astride a donkey—something that he is known to have done in real life to emphasize his modesty and humility,” Stemp writes. “It should be remembered, however, that Jesus also rode on a donkey.” The Medici had reputations to uphold and a city-state to control: equating their patriarch with the Catholic world’s ultimate moral authority was a power move. Like most of the Medici commissions, the work suggested family piety while also functioning as a vanity project.
“The vast majority of works in the Renaissance were created to communicate some sort of message,” Stemp said (his book covers symbols of vice and virtue, scholarship, diplomacy, and more). “Sometimes that message was quite specifically about the power of the patrons.”
Diana DePardo-Minsky, Assistant Professor of Art History at Bard College, noted that the gray home in the background of Procession of the Magi is a villa—another significant marker of prosperity during the Renaissance. “Most of the world was still working hard to get by,” she said, “and some people had so much money they could have a house in the countryside for fun.” At country estates, the elite read poetry and displayed artworks that tested (and pointed to) their knowledge of antiquity.
The Medici also commissioned Michelangelo to construct a private chapel in 1520, in addition to the sculptures and paintings that would decorate it. The artist completed tombs and additional statues, though he abandoned the project in 1534 when he fell out of favor with Alessandro Medici, Duke of Florence, and fled the city for Rome (future generations of artisans completed the work). “The great irony,” DePardo-Minsky explained, “is it was literally built for atonement. Specifically to atone for the sin of usury, which is how the Medici [made their] money because they were bankers.” Her research suggests the Medici chapel may have been the first chapel to charge admission in the late 20th century, further complicating the connection between money, religion, and art.
Yet there were other, more attainable methods of displaying family wealth besides building an entire chapel. The return of portraiture during the Renaissance signified widespread economic prosperity (throughout the Middle Ages, portraiture was primarily valued for its ability to express the sitter’s social status, religious or political affiliations; Renaissance families by contrast sought to celebrate and capture the individual). Commissioned portraits were popular among “people with big enough egos to want to preserve themselves,” DePardo-Minsky said.
Portraits of women, she pointed out, served a particular purpose, and speak to aristocratic women’s function in society. While the day’s sumptuary laws prohibited extravagant apparel in daily life, female subjects often wore fancy dresses and intricate hair pieces in their portraits. Florence was a prosperous city thanks to its trade in cloth, silks, and wools. Upper-class parents, DePardo-Minsky continued, were “showing off their products on their daughters.” In Piero del Pollaiuolo’s Portrait of a Woman (1480), for example, pearls weave in and out of the subject’s elaborate updo. Many of these pictures depict women on or just before their wedding—a transactional ceremony itself; the dowry attached a certain worth to the bride. (Families would also use these pictures to help secure an engagement before the suitor saw his bride in person.) Such sumptuous portraits, then, reflect the era’s economic ideas about women as property with a particular monetary value……………….