Art, Pleasure, and Power in the 18th Century
July 8, 2018 – October 8, 2018
Ann and Graham Gund Gallery (Gallery LG31)
Step into the splendor and sophistication of 18th-century Europe. 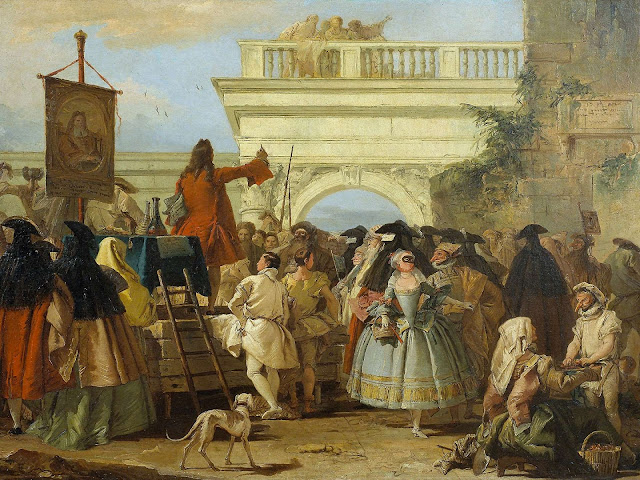 In the dynamic world of 18th-century Europe, people, ideas, and artistic styles crossed national boundaries. Filled with masterful, opulent, and at times playful paintings and furnishings, salons hummed with lively intellectual exchange, witty gossip, and flirtation. To a person like Giacomo Casanova (1725–1798)—smart and confident, boastful and scheming—the possibilities must have seemed limitless.

Stretching the bounds of social mobility and geography, Casanova traveled 40,000 miles across six decades. His 12-volume autobiography, The Story of My Life, offers an unrivaled account of 18th-century European society, and his experiences provide the framework for our journey through the art of his time. “Casanova’s Europe: Art, Pleasure, and Power in the 18th Century” combines more than 250 paintings, sculptures, works on paper, decorative arts, furniture, costumes, and musical instruments in an immersive display of the visual riches of Casanova’s world. Structured by the chronology and geography of his life, the exhibition addresses such themes as travel, the intersection of sex and power, theatricality and identity, and the pleasures of fine dining and lively conversation. Among the masterpieces on view are a series of monumental paintings by François Boucher, reunited here for the first time in more than a decade, and Giovanni Domenico Tiepolo’s The Charlatan (1756), shown above. Three tableaux—set in Venice, Paris, and London at different times of day—feature mannequins in authentic costumes amid period settings, bringing Casanova’s world to life.

“Casanova’s Europe” reveals a refined and visually seductive culture on the cusp of modernity—one characterized by pleasure seeking, movement across boundaries, and self-invention. Casanova himself inhabited many roles—entrepreneur, social climber, spy, author, and translator of the Iliad. But he was also a cheat and a libertine. His behavior (particularly toward women) could prove scandalous, indeed unconscionable; ultimately, his disrespect for religion landed him in jail. By using his life as the basis for the exhibition, the MFA invites visitors to consider aspects of power—political, social, economic, sexual—both in Casanova’s time and today. In conjunction with the exhibition, the Museum has organized a lineup of programs—including events with prominent feminists, films about heroic women and girls, and conversations about wealth and status in contemporary Boston—that addresses these issues in our own time.

The exhibition is co-organized by the MFA, the Kimbell Art Museum, and the Fine Arts Museums of San Francisco, and is accompanied by an illustrated catalogue produced by MFA Publications.