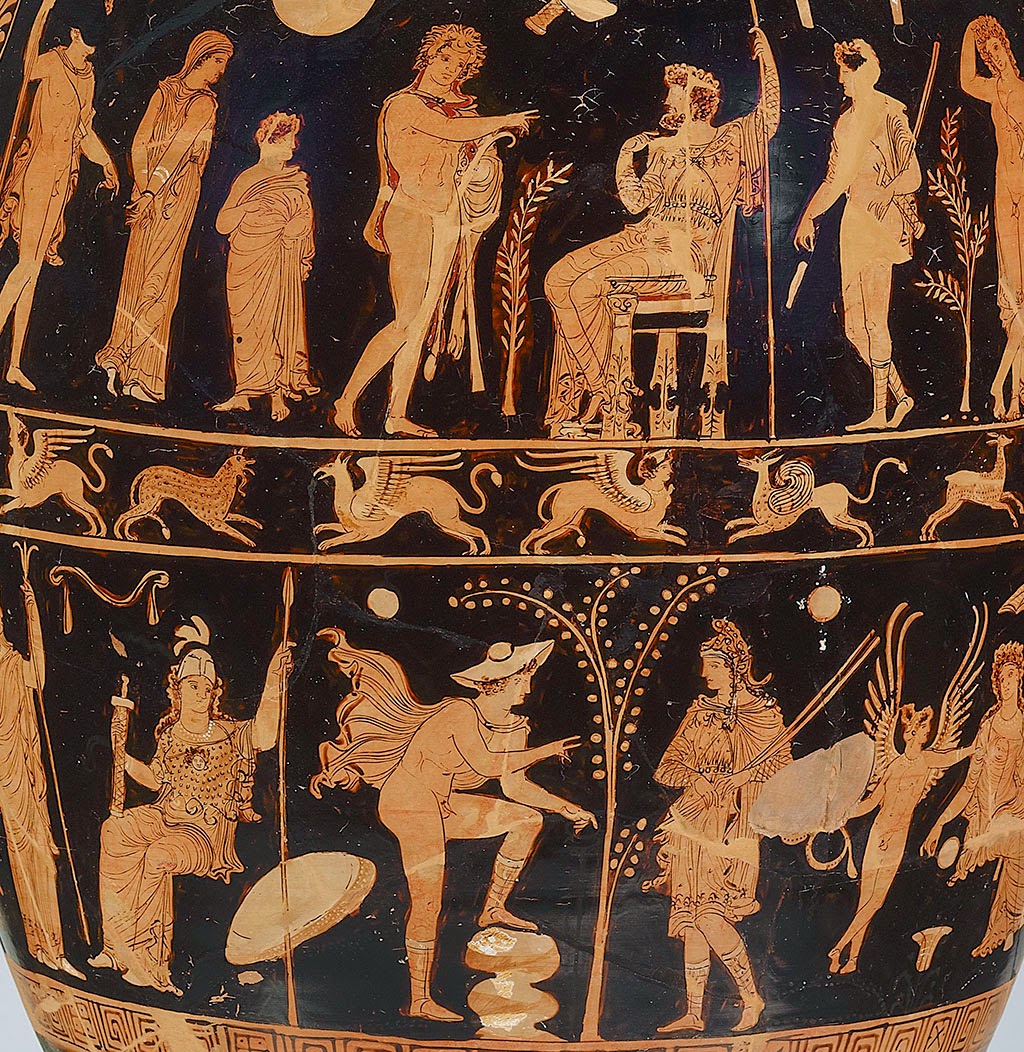 Thirteen elaborately decorated Apulian vases provide a rich opportunity to examine the funerary customs of peoples native to southern Italy and the ways they used Greek myth to comprehend death and the afterlife. Displayed following a six-year conservation project at the Antikensammlung Berlin and the Getty Villa, these monumental vessels also reveal the hand of Raffaele Gargiulo, one of the leading restorers of 19th-century Naples. His work exemplifies what one concerned antiquarian described as "dangerous perfection" as such interventions—especially the painted decorations—could be so effective it became difficult to identify what was ancient and what was modern. The vases on view offer a window into the ongoing debate concerning the degree to which ancient artworks should be repaired and repainted. The vessels illustrated here are shown as they appear at the conclusion of the conservation project. The vase attributed to the Darius Painter (depicted in slides 9-10 above), has been left in its 19th-century state as an example of Gargiulo's restoration work.
This exhibition was organized by the J. Paul Getty Museum in collaboration with the Antikensammlung, Staatliche Museen zu Berlin. Generous support was provided by the Getty Museum’s Villa Council.
All images are courtesy of Antikensammlung, Staatliche Museen zu Berlin, unless otherwise noted.