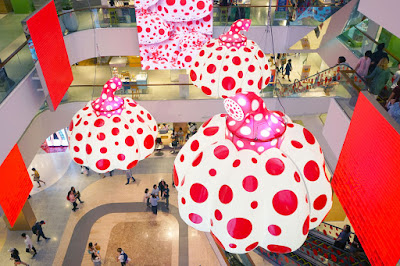 Dr. Apinan Poshyananda takes great pains to point out the connections between the inaugural Bangkok Art Biennale and the high-profile event upon which it and dozens of similar happenings around the world are modelled. Indeed, it was during the vernissage of last year’s Venice Biennale that the chief executive and artistic director of the Bangkok Art Biennale announced the Thai event at the Westin Europa & Regina hotel, on the banks of the Grand Canal. It was also in Venice that he invited the first artist to participate, Marina Abramović. And, he points out, Bangkok has long been described as “the Venice of the East.”
But that’s a shabby title shared withat least 12 other cities, including Alleppey—close to the Kochi-Muziris Biennale, which kicks off in December—and both Suzhou and Wuzhen, two water towns less than two hours from Shanghai, where another biennale will begin in November. What makes the Bangkok Art Biennale worthwhile is not its fidelity to the model of Venice, but its uniquely Thai context—and that it’s happening at all, in a city where there’s so little government or institutional support for contemporary art.
The Bangkok Art Biennale, on view through February 3, 2019, presents artworks by 75 artists in 20 locations best reached by some combination of motorbike taxi, elevated rail, and ferry rides up and down the city’s great aorta, the Chao Phraya River. The spot with the highest concentration of works is the ailing Bangkok Art and Culture Center (BACC), a multi-story, museum-like space surrounded by shopping malls. During a speech at the opening of the biennale, Pawit Mahasarinand, director of the BACC, said, “As you’ve heard in the news, we’re experiencing some budget problems, but this place is still brimming with creativity.” Less than a month earlier, the BACC had reduced its opening hours due to budget constraints. He concluded his remarks with a plea: “Please support art, please help support BACC, and please send a message to everybody that art is important, and we need art in this city.” 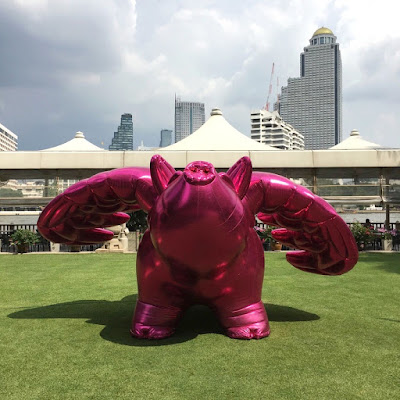 For all the institution’s difficulties, the works at the BACC are engaging and diverse. On the eighth floor, eight artists enact solo performances, a method of artmaking that’s integral to creative scenes in Southeast Asia, where resources are often limited and regimes repressive. Abramović herself is not performing, but the Marina Abramović Institute is carrying out a kind of mass-meditation, fitting for what’s in many ways a Buddhist biennial. After locking away their smartphones and watches, it’s the audience who is made present through a series of mindfulness exercises and a heavy duty pair of 3M headphones.
More works are gathered on the seventh floor, including Anneè Olofsson’s video Say Hello Then Wave Goodbye (2004), which shows a frozen black-ink cast of the artist melting onto canvas. At first white with frost, the figure quickly turns black, an accelerated mummification, before ending, in Olofsson’s words, “like a fetus.” The Swedish artist was invited to participate in the Bangkok Art Biennale after taking part in a 2002 show Poshyananda curated called “Beyond Paradise,” which brought Scandinavian artists to Bangkok. Sixteen years later, Olofsson’s work is a good fit for this biennial’s related theme, “Beyond Bliss,” clearly marking out bliss’s limits—with cold, Scandinavian literalism—at birth and death…………….