THESE BRAIN-ENHANCING DRUGS CLAIM TO MAKE YOU MORE CREATIVE—BUT DO THEY WORK?

Daniel Kunitz
In the early 1960s, a Romanian chemist and psychologist named Dr. Corneliu E. Giurgea synthesized a drug called piracetam. He was working at a pharmaceutical company in Belgium, where he was attempting to concoct a calming drug that would induce sleep. Instead, piracetam was initially used to treat motion sickness. Along the way, Dr. Giurgea found that it had distinctive and useful properties, namely the enhancement of mental faculties.

In 1972, he coined the term “nootropics” (combining the Greek words for “mind” and “to bend” or “to turn”) to identify drugs like piracetam, that, he wrote, “selectively improve efficiency of higher telencephalic integrative activities”—which is a rather garbled way of saying they make you smarter.

For a substance to count as nootropic, Giurgea stipulated in a 1977 paper that it must, among other things, foster “enhancement of learning acquisition,” aid in “resistance to impairing agents,” promote “enhanced resistance to brain ‘aggressions,’” and cause none of the “usual pharmacological effects of neuro psychotropic drugs.”
Today, there are countless substances casually referred to as nootropics or “smart drugs” that don’t meet all of the criteria Giurgea set out; in fact, it’s not clear that any substances can, for instance, protect the brain from disease, pollution, or other “aggressions.” But you can buy—legally, on the internet—any number of chemical cocktails marketed as nootropics, from phosphatidylserine to Bacopa monnieri to other racetams (the class of substances to which piracetam belongs) like aniracetam and oxiracetam. The marketing hype for these drugs—and they are classified as either supplements or drugs by the Food and Drug Administration (FDA)—includes improved memory, concentration, and focus, as well as mood elevation. 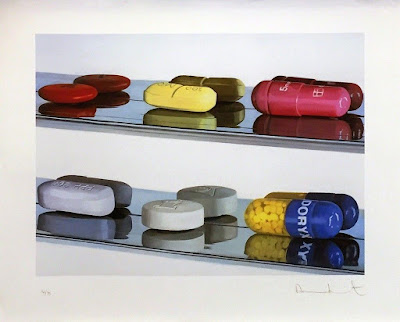