DUTCH MUSEUMS FOUND MORE THAN 170 WORKS STOLEN BY NAZIS IN THEIR COLLECTIONS. 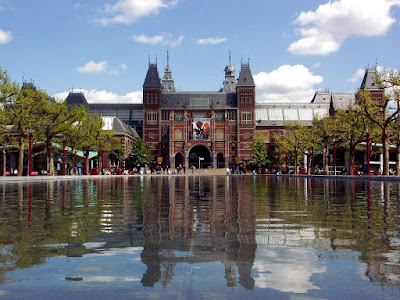 The Rijksmuseum in Amsterdam. Photo by Voytikof, via Wikimedia Commons

The Museale Verwervingen project, which began in The Netherlands in 2009 with a call to the 163 members of the national Museums Association to research their collections’ provenance, has turned up more than 170 Nazi-looted works at 42 institutions thus far. The objects range from Jewish ritual objects to drawings, sculptures, and paintings—including one in the royal collection. Only the nation’s most iconic museum, the Rijksmuseum in Amsterdam, has not yet completed its provenance research, although it has already identified 22 Nazi-looted works in its collection with a potentially problematic provenance.

“We will go on for many years,” Chris Janssen, a spokesman for Museale Verwervingen, told The Guardian. “The Rijksmuseum is taking this very seriously. Since 2012 they have had five investigators who are working on this on a daily basis.”

The looted artifacts, all of which are listed online, were either stolen by or confiscated by the Nazi regime and its collaborators—or sold by their Jewish owners under duress—between 1933 and 1945. The works identified as Nazi loot include a trio of paintings by Honoré Daumier and a Hans Memling in the collection of the Museum Boijmans Van Beuningen, three works by Wassily Kandinsky, and two pieces by Henri Matisse from the Stedelijk Museum collection.