Alexxa Gotthardt
Andy Warhol  had a reputation for poo-pooing love. He often told peers that he wasn’t susceptible to the emotion—and certainly didn’t act on it. At the age of 52, the Pop art king confessed to his biographer that he was still a virgin. (It wasn’t true.) 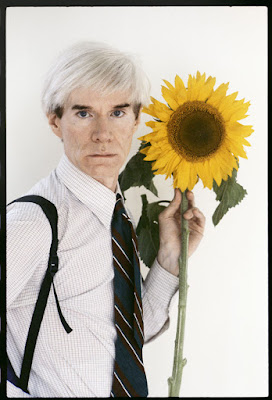 But a closer look at the artist’s interviews and writing reveals a deep, sincere preoccupation with the concept of love. Warhol spent a lot of time thinking about the emotion and the events that often accompany it, like marriage and sex. He made work about love, too. In 1983, four years before his death, he produced a series of silkscreens succinctly titled “Love.” They show two figures, both radiating with neon auras, in a range of tender embraces. The graphic nudity of earlier projects, like “Sex Parts” (1978)—a veritable portfolio of turgid phalluses—is gone here, replaced by something more tender.
Below, we explore Warhol’s shape-shifting attitudes on love through his own words, drawn from The Philosophy of Andy Warhol (From A to B and Back Again), the artist’s 1975 autobiography-cum-self-help book. Sometimes, his commentary reveals a distaste for dizzying feelings like affection; elsewhere, he speaks reverently about the importance of mutual respect in a romantic relationship. But most often, he ponders the mysteries of devotion and passion, waxing poetic on what makes relationships meaningful, sustainable, and—yes—enduringly steamy. 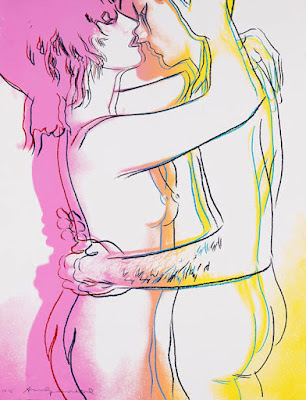 “People have so many problems with love,” Warhol opined in 1975, “always looking for someone to be their Via Veneto, their soufflé that can’t fall.” In a chapter of The Philosophy of Andy Warhol entitled “Love (Senility),” the artist suggests that early education could alleviate later disappointments related to love and sex. “There should be a course in the first grade on love,” he continued. The imagined class would provide a reality check, teaching children that relationships aren’t all sunshine and roses.
In particular, Warhol hoped the course would remove the façade of perfection that cloaked relationships in the 1960s and ’70s. He’d learned about love through television and movies, only to make the disappointing discovery that on-screen romances bore no resemblance to real life. “In those days, you did learn something about some kind of love from the movies, but it was nothing you could apply with any reasonable results,” he explained. The saccharine relationship between John Gavin and Susan Hayward in the 1961 film Back Street proved particularly frustrating to Warhol: “They kept saying was how wonderful every precious moment they had together was, and so every precious moment was a testimonial to every precious moment.” 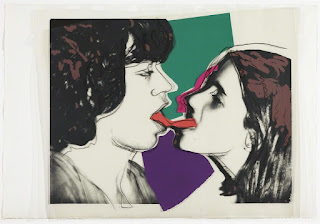 Someone needed to tell the kids what love was really about: constant ups and downs; mercurial chemistry. Warhol believed that movies held the potential to show “how it really is between people and therefore help all the people who don’t understand to know what to do, what some of their options are.”……………