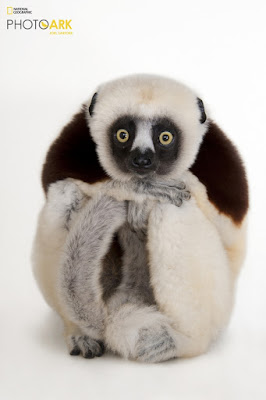 Since 2005, Joel Sartore has been taking portraits of every single animal species living in Earth’s various zoos and nature preserves.

LOS ANGELES — Recently, the UN Intergovernmental Panel on Climate Change (IPCC) report that mankind has a dozen years left before irreversible, calamitous climate change sets in made waves on social media. Among the many other threats global warming poses to the planet, around half of the world’s estimated 100 million species (most of which remain undiscovered) face extinction. Motivating people to agitate for policy and societal changes to combat this danger is daunting. For decades, Joel Sartore has hoped to raise public consciousness of endangered animals by photographing wildlife for the National Geographic. Since 2005, he has masterminded the Photo Ark, a project with aims to capture portraits of every single animal species living in Earth’s various zoos and nature preserves.

The Photo Ark currently encompasses a wide catalogue of images, with its 8,000th species being photographed this year. (An estimated 12,000 distinct species live in the areas the project focuses on.) It has been put on display in various permutations — coffee table books, documentaries, multimedia events. Now, the Annenberg Space for Photography in Los Angeles is hosting an exhibition of selected works from the series.
The exhibit presents around 100 of Sartore’s portraits, along with a wealth of supplemental information. Banners display images of endangered species whose populations are close to being nonviable, along with the number of individuals still alive (usually in the low hundreds). One section gives a behind-the-scenes peek at Sartore’s process for photographing the animals, which involves quickly getting them to stand in a small canvas “tent” or against a white backdrop and snapping a pic as unobtrusively as possible.

The space is designed to emphasize the common plight these animals share, though not all bear the same existential burden (some are endangered, while others are currently less of a concern). A common arctic fox hangs near an endangered newt. The creatures are often framed looking into the camera, and hence there’s a low-key confrontational feel to many of them. A recurring question posed to visitors is how many of these animals they can bear losing to the current age of human-driven mass extinction. 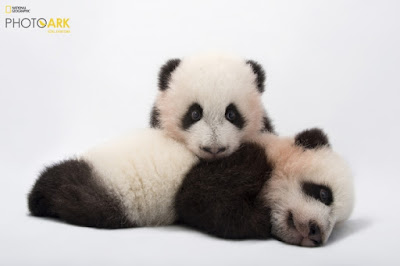 Twin giant panda (Ailuropoda melanoleuca) cubs at Zoo Atlanta. Pandas are held up as an example of species pulled back from the brink of extinction by human efforts. (Photo by Joel Sartore for the National Geographic Photo Ark)

This hits particularly hard in one area, where a wall depicta endlings — the final survivors of an animal species — who have died since Sartore took their pictures. For instance, there’s “Toughie,” the last known Rabbs’ fringe-limbed treefrog, which died in 2016. There’s an unspeakable poignancy to looking at these beings and thinking of their loneliness, and of what’s lost. For them, the Photo Ark’s name is more literal, as it’s the last thing carrying on proof that they ever existed.

Despite the nature of this work, Sartore was surprisingly upbeat when he spoke with me — even about species he’s photographed that have since gone extinct. “It inspires me. It doesn’t depress me. I don’t like it, it pisses me off, but that inspires me … That’s what drives me. Even if it’s not true, I think, ‘This one we’re gonna hold up, and people will realize that it’s epic to throw away anything.'” And this dovetails with his overall vision for the project: “Most politicians and laws are dragged along. The people’s will comes first … We need a sea change in how people see nature … I think that through things like this, that are entertaining and fun and not too depressing, we can see that.” 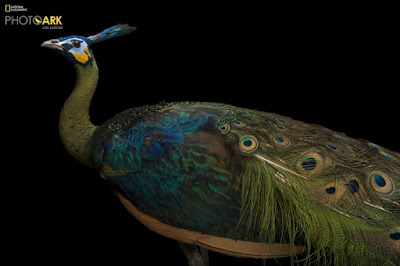