A MARRIAGE OF ART AND FILM AT BERLIN FESTIVAL 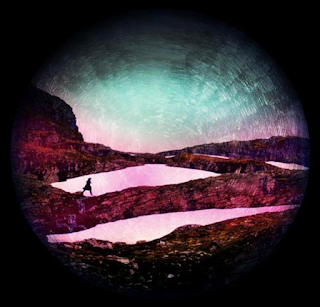 
BERLIN — The power of a famous patron was on show this week in Berlin. The 67th Berlinale, the annual film festival, opened — and so did the first exhibit by a U.S. artist, Joe Ramirez, 58, whose work caught the eye of the German filmmaker Wim Wenders (“Salt of the Earth,” “Every Thing Will be Fine”) after the two met three years ago.


With a goodly crowd of German media in attendance, Mr. Wenders, 71, said he was “flabbergasted” by Mr. Ramirez’s work as a meeting of painting and film, something that the German director said had long fascinated him.


The American artist trained as a woodworker and fresco painter and restorer. He now specializes in — and has patented — a process of covering large wooden disks with gold leaf, then projecting slow motion films infused with allusions to old masters onto them.


Other sources of inspiration for the dreamy film sequences include the Russian filmmaker Andrei Tarkovsky, Mr. Ramirez said.


Until recently, he labored in relative obscurity in his studio space, a cavernous converted church in former East Berlin. Mr. Ramirez said he drifted from Chicago through London until “washing up” in Berlin in 2007 because he heard studio space was plentiful and cheap.


He is also starting to sell his work.


His Gold Projections will be on show at the Kulturforum during the film festival, then will appear in a major exhibit called “Alchemy: the Great Art,” opening in Berlin in April, with around 200 exhibits, many on loan from the Berlin State Museums. The curator of that show, Jörg Vollnagel, said Mr. Ramirez had opened up “a whole new way of seeing.”