By MARGALIT FOX
Nicolai Gedda, the Swedish singer who rose from an impoverished childhood and a youthful career as a bank clerk to become one of the most celebrated tenors of the 20th century, died on Jan. 8 in Tolochenaz, Switzerland. He was 91.
The Royal Swedish Opera confirmed his death to the news agency Agence France-Presse. Mr. Gedda’s death, after a heart attack at his home in Tolochenaz, had not been announced by his family until this week.
Widely admired for his sensitive musicianship, masterly tonal control and impeccable diction in a spate of European languages, Mr. Gedda possessed a lyric tenor voice that shimmered like silver but was no less warm for that.
He was one of the most versatile, and professionally long-lived, tenors of his era, with many dozens of roles to his name in a career that lasted until he was well into his 70s — a good two decades past a classical singer’s customary retirement age. 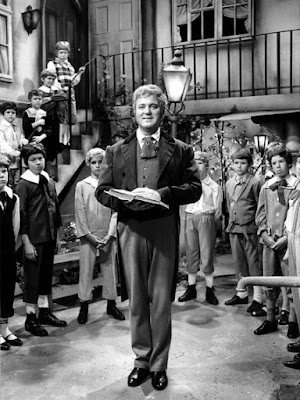 Mr. Gedda was ubiquitous on recordings and in the world’s foremost opera houses and concert halls, including La Scala in Milan and Covent Garden in London.
Over a quarter-century, he sang 367 performances with the Metropolitan Opera, from his debut in the title role of Gounod’s “Faust” in 1957 to his final performance, as Alfredo in Verdi’s “La Traviata,” in 1983.
The fluid lightness of Mr. Gedda’s voice made him especially well suited to the French repertoire: His roles included Des Grieux in Massenet’s “Manon,” Hoffmann in Offenbach’s “Les Contes d’Hoffmann,” Roméo in Gounod’s “Roméo et Juliette” and the title role in Berlioz’s “Benvenuto Cellini.” 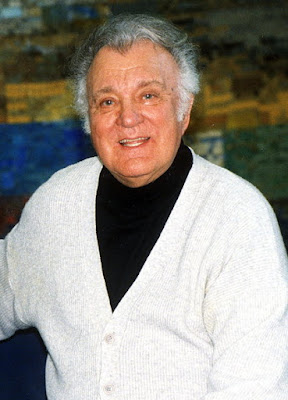 Among his Italian roles were Nemorino in Donizetti’s “L’Elisir d’Amore,” Ernesto in his “Don Pasquale” and Edgardo in his “Lucia di Lammermoor,” as well as the Duke of Mantua in “Rigoletto,” Alfredo in “La Traviata” and Riccardo in “Un Ballo in Maschera,” all by Verdi.
But the role for which Mr. Gedda was very likely most famous was Russian: Lensky, the young poet in Tchaikovsky’s “Eugene Onegin.”
Reviewing Mr. Gedda in a concert performance of “Onegin” with the Boston Symphony in 1976, Richard Dyer wrote in The Boston Globe:
“The tenor’s voicing of Lensky’s aria — an ideal union of responsiveness to word and musical line, a demonstration of vocal and technical mastery and varied and beautiful tone, and an expression of wise and generous human feeling — was a classic demonstration of why, for some of us at least, operatic singing is the highest achievement of human art.”
Mr. Gedda’s prowess in a Russian opera is perhaps unsurprising in light of the fact that Russian, along with Swedish, was his native language: He was abandoned as a child by one Russian father and reared by another.
The permutations of Mr. Gedda’s name over time attest to the volatile nature of his childhood:
According to his memoir, “Nicolai Gedda: My Life & Art,” published in English in 1999, he was born in Stockholm on July 11, 1925. The son of an unwed teenage waitress, Clary Linnea Lindstrom, and an unemployed father of Russian-Swedish parentage, Nikolai Gädda, he was christened Harry Gustaf Nikolai Gädda.
His parents abandoned him at birth and planned to consign him to an orphanage. But when he was six days old, his father’s sister, Olga Gädda, intervened, determining to rear him as her own.
A few years later, Olga married Michail Ustinoff, a Russian-born singer, and the child became known as Nikolai Ustinoff.

As the British newspaper The Telegraph reported in its obituary of Mr. Gedda on Friday, Swedish authorities deemed the couple too poor to adopt him.
“Nevertheless,” Mr. Gedda wrote in his memoir, “they had the courage to keep me illegally.”
But the situation was far from idyllic. At the slightest infraction, Mr. Gedda wrote, his foster father would beat him with “a narrow Cossack belt that had once belonged to his uniform.”
Mr. Gedda, who grew up speaking Russian and Swedish, believed for years that the Ustinoffs were his biological parents. It was not until he was an older teenager that he was told the circumstances of his birth.
In 1929, when Michail Ustinoff became the choirmaster of a Russian Orthodox Church in Leipzig, the family moved there, and young Nikolai soon acquired German. His first voice lessons were with his foster father, and by the time he was 5, he was singing and playing the piano with facility.
In 1934, after the rise of Hitler, the family left Germany and returned to Stockholm. He lived there with his foster parents until he was in his early 20s, sleeping in a tiny alcove off the kitchen of their modest apartment.
After finishing high school, Mr. Gedda took a job as a bank clerk in Stockholm, earning extra money as a wedding singer. (He would adopt the name Nicolai Gedda early in his career.)
Through a customer at the bank, he was introduced to the tenor Carl Martin Ohman, who had been a mentor of the renowned Swedish tenor Jussi Björling. Mr. Gedda began lessons with Mr. Ohman and later studied at what is now the Royal College of Music in Stockholm.
Mr. Gedda made his operatic debut at 26, as the coachman Chapelou in “Le Postillon de Lonjumeau,” by the French composer Adolphe Adam, with the Royal Swedish Opera.
His performance — notably the aria “Mes amis, écoutez l’histoire,” with its stratospheric high D, was rapturously received. Soon afterward, Mr. Gedda sang for Walter Legge, the influential classical record producer at EMI.
As Opera News reported in its obituary of Mr. Gedda, on hearing him Mr. Legge sent telegrams to the conductor Herbert von Karajan and Antonio Ghiringhelli, who oversaw La Scala.
“Just heard the greatest Mozart singer in my life,” his wires read. “His name is Nicolai Gedda.”
From then on, Mr. Gedda never wanted for work. He made his La Scala debut as Don Ottavio in Mozart’s “Don Giovanni,” conducted by Mr. Karajan, in 1953. The next year he sang Faust at the Paris Opera and the Duke of Mantua at Covent Garden.
Mr. Gedda made his United States debut in 1957, singing Faust with the Pittsburgh Opera. Reviewing his Met debut, in the same role later that year, under the baton of Jean Morel, Howard Taubman wrote in The New York Times:
“His carriage is tall and straight and his movement buoyant. It is credible that he will attract Marguerite. Even more impressive than his appearance is the intelligence of his singing.”
Mr. Gedda’s other Met roles over the years included Don Ottavio, Tamino in Mozart’s “The Magic Flute,” Admète in Gluck’s “Alceste,” Grigory in Mussorgsky’s “Boris Godunov” and Pinkerton in Puccini’s “Madama Butterfly.”
With the Met, he also sang Anatol in the world premiere of Samuel Barber’s “Vanessa,” conducted by Dimitri Mitropoulos, in 1958, and Kodanda in the United States premiere of Gian Carlo Menotti’s “The Last Savage,” under Thomas Schippers, in 1964.
Mr. Gedda’s first two marriages ended in divorce. His survivors include his third wife, Aino Sellermark Gedda, the co-author of his memoir. Information on other survivors could not be confirmed.
His recordings include many works in the standard repertoire, along with operettas and Leonard Bernstein’s “Candide.”
Mr. Gedda never met his biological father. In 1977, when he was in his 50s, he met his biological mother for the first and only time.
As he recounted in his memoir, when he entered her apartment in a Stockholm suburb, he noticed a large framed photograph of himself as a young singer, prominently displayed.
He realized, he wrote, that she had purchased it from a photographic agency, as any stranger might have done.