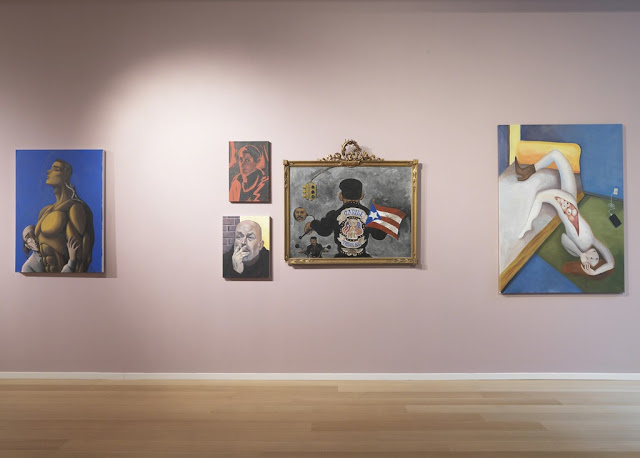 
around the re-drawing of the figure. Eschewing the ‘faithful reproduction’ as convention, these artists pursue


emotive distortion and stylistic idiosyncrasies that foreground painting’s relationship to the body. The resulting


tableaux are thick with symbolic meaning, conjuring altered states and arcane visions that are as indebted to the


In particular, the show teases out a historical link between a group of artists in the late 1980s and early 1990s -


including Martin Wong and Katharina Wulff - whose concern with self-imagining and self-rendering takes on political import. This sheds light on a younger generation tackling similar questions of art historical lineage, queer pictorial space, viewer power relations and corporeal abstraction through a visual dialogue that is both playful and poignant.