How the masterly hands behind the Sistine Chapel ceiling or The Starry Night (1889) could conceivably create anything atrocious is confounding, but even art history’s virtuosi managed some pretty dire blunders. Overworked pictures, wonky perspective, and amusing anatomical misinterpretations are usually chalked up to anomalies, redeemed by other tour-de-force accomplishments. But it’s comforting to remember that even geniuses can achieve some rather astounding feats of ugliness. Below, we dissect nine surprising missteps by some of the world’s most beloved artists. 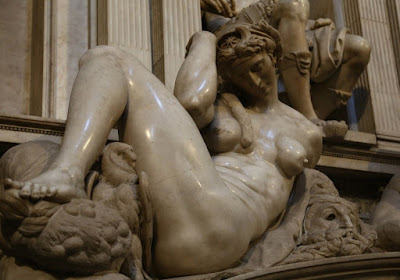 Forged to crown Giuliano de’ Medici’s tomb, Night is a magnificent allegorical sculpture of a sleeping woman. Like many of Michelangelo’s women, Night has a muscular stature akin to that of her male counterpart, Day. The revered Renaissance master was known to employ male models for his female likenesses—a common practice at the time, as a woman posing nude was considered disgraceful. Despite Michelangelo’s tremendous dexterity, he was shockingly inept, or perhaps careless, when it came to breasts. Indeed, Night’s chest is so disfigured that in 2000, oncologist Dr. James J. Stark published a paper hypothesizing that cancer was to blame for her deformity. In Michelangelo’s defense, art historians have attributed these unconvincing appendages to choice: His reputed homosexuality has led some to believe that the artist was disinterested in—or altogether unfamiliar with—the female form. 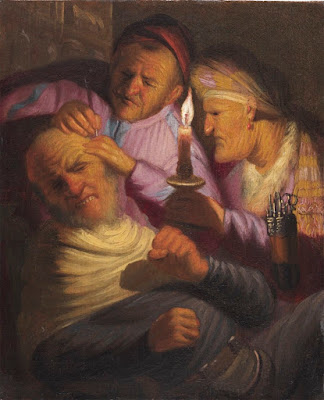 A grotesque trio engaged in what appears to be a dubious medical procedure is illuminated by a wrinkled old woman holding a candle. She casts a dim light on the patient’s temple as a barber-surgeon dives in with a scalpel, causing him to grimace and clench his fists in pain. This unpleasant image belongs to “The Series of the Five Senses,” a set of five allegorical paintings made by Rembrandt when he was only about 18 years old. The odd subject alludes to the archaic phrase “to have a stone removed from one’s head,” a fictive operation to cure foolishness or stupidity. Stone Operation seems crudely rendered, but presages the technical skills Rembrandt would cultivate as a mature artist. 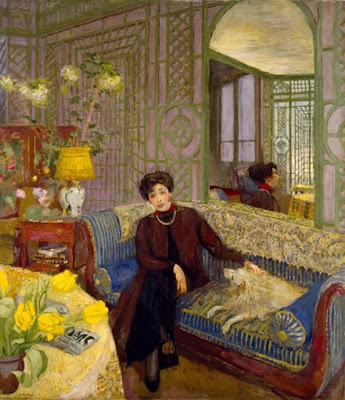 Édouard Vuillard was a key member of the Nabis (Hebrew for “prophets”), an exclusive group of Post-Impressionists who sought to elevate the decorative function of painting. Vuillard’s style is largely characterized by intimate interior scenes in which heavily ornamented textiles (wallpaper, dresses, bedding) are harmoniously juxtaposed with flat, simplified human figures. Marcelle Aron (Madame Tristan Bernard) from 1914 is a comparatively overworked picture devoid of the magic and vision of his paintings and prints produced in the 19th century. While Vuillard’s later work was dismissed by critics for its lack of ambition, this society portrait is arguably too ambitious: The mess of clashing colors and patterns distract from an otherwise agreeable (if supremely bourgeois) painting…………