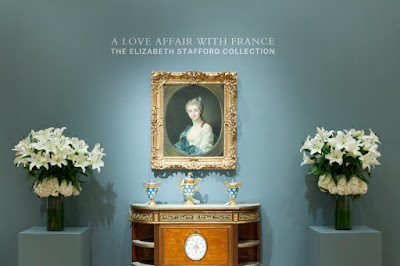 Artists have long made careers and conceptual arguments from their use of colors—whether a readymade hue straight from the can, à la Andy Warhol or Frank Stella, or philosophically stamped and claimed for their individual use, like Yves Klein’s International Klein Blue or Anish Kapoor’s Vantablack.
But what about the colors used extraneously, on the exhibition walls of a gallery or museum, that subtly but powerfully affect our viewing experience? For exhibition designers, curators, and artists, the use of atmospheric color is a sticking point that’s considered from the very first planning stages of a show.
“The decisions over color can run up until close to the end; people obsess over color, and some more than others,” said Betty Fisher, who consults on exhibition design at New York’s Museum of Modern Art and, until recently, served as its senior design manager for nearly 14 years. “It’s funny—there are some curators that you’d think would be more neurotic than others, and are fine; others [who] you wouldn’t expect to obsess over it will stew and call me in the middle of the night.”
The modernist construct of the “white cube” gallery—in which walls are austerely stripped of ornament and painted entirely in white, in an attempt to create a neutral space—may be what first comes to mind with a museum like MoMA, which is largely credited for institutionalizing the approach. But, as Fisher said, “If you look back at MoMA’s history, color has always been there.” The museum’s team takes a careful approach, however, to avoid “skewing decorative,” she added. “There’s always that balance.” 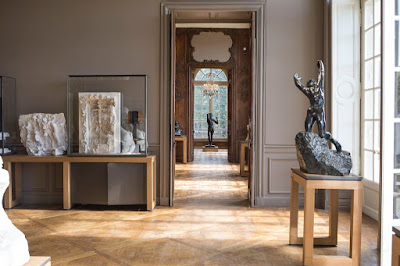 At MoMA’s recent show “Items: Is Fashion Modern?”—the museum’s first to focus on clothing in over 70 years, curated by Paola Antonelli (who “hates white,” said Fisher)—everyday items like blue jeans, girdles, ties, and hats were displayed against swatches of Wevet, Pitch Black, and Tanner’s Brown, sourced from the British paint brand Farrow & Ball.
Visitors aren’t likely to recall the swatch or palette of their recent favorite exhibition, and Fisher argued that if an exhibition design has done its job, they won’t—even if the gallery walls are colorful, a trend that’s been seemingly growing in recent years.
Indeed, the use of color in exhibition design is an overlooked aspect of the art-viewing experience that, once consciously considered, becomes unavoidable to the eye, like seeing the 3D image of a “Magic Eye” for the first time. And the design of paint colors is especially rarified, a fact that’s not lost on Charlotte Cosby, head of creative at Farrow & Ball. “When we start making color, we’re not really thinking about the end use at all,” she said, but rather about how to convey and express the current zeitgeist through color. The artisanal, small-batch producer of chalk and china clay–based paints happens to be the favorite of decorators and museum curators alike for its soft, light-absorbing qualities; rich, complex undertones; and precise pigmentations.
Unlike larger players in the field, like Benjamin Moore or Sherwin-Williams, which can carry catalogs of thousands of hues, Farrow & Ball has forged a cult following among interior designers and curators alike for its carefully edited palette of no more than 132 colors at a time. Older hues are often cycled out of production to make room for the rare launch of new hues, brought back from the archive only by special order and request. And the infrequent release of those new hues is often to the bated breath of its ardent followers, as it was this fall, when the brand made a bold showing of nine new colors at London Design Festival.
In the exhibitions circuit, MoMA is a frequent collaborator of the brand, as is the Metropolitan Museum of Art, the Los Angeles County Museum of Art, MCA Chicago, Musée Rodin, and Christie’s—the latter of which used a range of evocative display colors in its fall auction previews this year in residential vignettes, to appeal to private art collectors. Even the Palace of Versailles recently used the brand’s deeply saturated hues for a new exhibition wing—the list goes on.
Color can serve as a strategic tool to pace and spatially guide the user through a show’s contents, as the MoMA did last year in an exhibition honoring the 150th anniversary of Frank Lloyd Wright’s birth, following a massive acquisition of the architect’s works in 2012. To illustrate Wright’s prolific output, curator Barry Bergdoll asked a group of scholars to rifle through the holdings and select the most pertinent works for display across different themes. “You had, in essence, 12 mini-exhibitions under one roof,” Fisher said. “The challenge there was: How do you unify, how do you make sense of the that? And color definitely helped.” Sections painted in Studio Green, Pale Powder, James White, and Worsted—also sourced from Farrow & Ball—served as a crucial organizational tool, grouping works together and leading visitors from one section to the next. “It’s a narrative,” Fisher added. “It’s telling a story, highlighting important moments.”
Even when a museum does shy from contextual color—as MoMA did for 2008’s “Color Chart,”so as not to compete with the color statements of the featured post-war artists—the white the museum used was a particular shade. “MoMA has a white,” said Fisher. An in-house, default white? “Yes, we do. It’s made by Janovic, called Super White.…That’s been the in-house white for a fairly long time.” The painstaking choice was said to have been chosen for its matte flat finish; glossier finishes, after all, risk reflecting a slight tan from the hardwood gallery floors.
There are no hard and fast rules as to what works best in an exhibition setting, and Fisher described the process as collaborative and intuitive. Each museum carries its own preferences, and for these arts institutions, Farrow & Ball will often offer special colors or create custom blends.
“A color scheme is not just a wall color and a ceiling color, it’s about creating a cohesive look that takes every object in a room, including artwork, into consideration,” said Joa Studholme, who helms a prominent position as the brand’s official color curator. “Choosing traditional colors can complement a property’s heritage,” she added, “while rich shades provide a striking background for art, bringing a theatrical quality to stately homes.”
But colored exhibition walls are “nothing new—if anything, color-less walls are arguably the new thing, at least of the last 60 to 70 years,” argued curator and graphic designer Prem Krishnamurthy. “In contrast, most of the important exhibitions that we know from the first half of the 20th century and earlier considered color as an essential part of the experience,” he added, noting that they were typically photographed in monochrome. “If we could go back in time to 1920, I’m sure we’d be astonished by how colorful the shows were then.” 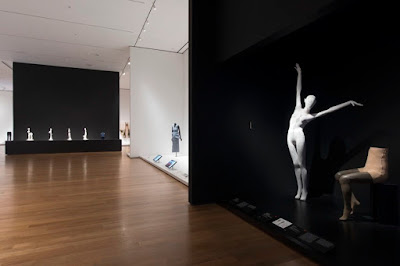 Krishnamurthy recently designed and co-directed the Fikra Graphic Design Biennial, which took place last month in a former 1970s bank in Sharjah, United Arab Emirates, that had been slated for demolition. For a show emphatically examining the role of graphic design across cultures, disciplines, and media, the exhibition design itself was as energetic and vibrant as the international works on hand—with works on plinths or the floor, or projected onto surfaces, or hung on walls, occasionally punctuated by shades of black, purple, yellow, and green. At P!, Krishnamurthy’s own former gallery space in New York’s Chinatown, experimental exhibitions often illustrated the transformative possibilities of design, with rotating walls, short-term architectural interventions, bright red floors—and, for a stretch of time, a bright-green ceiling, at the fortuitous advice of a feng shui advisor.
“For me, color—like any design element—is not something to be applied arbitrarily, but is rather a larger part of the conceptual structure of an exhibition,” said Krishnamurthy, whose studio work includes exhibition designs for arts institutions such as the Jewish Museum, M+, the Yale University Art Gallery, SALT Istanbul, and many others. “There are a whole range of light grays, blues, and pinks that can subtly alter a space.”
The craft of choosing colors as a supporting act for curated works is a careful and perhaps thankless one, in most cases, often overlooked by viewers—but for Krishnamurthy, Fisher, and others engaged in exhibition design, the right backdrop can make or break a show. At the end of the day, is the paint selection process emotional, conceptual, or color-theory based? “All of the above,” said Fisher, with a laugh.
As Krishnamurthy attested: “Once you move away from white as the baseline, a whole ’nother world opens up.”
Aileen Kwun