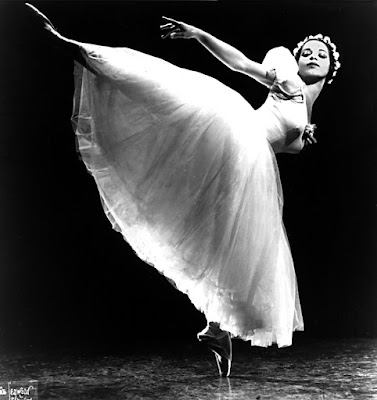 Raven Wilkinson in an undated photo. She was one of the first African-American dancers to perform with a major ballet company, the Ballet Russe de Monte Carlo, and later joined the Dutch National Ballet.CreditCreditMaurice Seymour

Raven Wilkinson, one of the first African-American dancers to perform with a major ballet company, the Ballet Russe de Monte Carlo, died on Monday at her home in Manhattan. She was 83.

Her brother, Frost Bernie Wilkinson Jr., confirmed her death but did not specify a cause.

The Ballet Russe de Monte Carlo was a high-profile company that toured the United States in the 1940s and ′50s, and the appearance of an African-American onstage as a Sylph or a Swan in the South could incur threats from the Ku Klux Klan. Though Ms. Wilkinson was lighter-skinned and encouraged to wear pale makeup onstage, she always refused to hide her race.

In recent years, she was a mentor and friend to Misty Copeland, who in 2015 became the first African-American ballerina to be named a principal dancer at American Ballet Theater in New York, one of the nation’s most important companies.

Ms. Copeland came across Ms. Wilkinson’s story in the 2005 film “Ballets Russes,” and credits her with having encouraged her to persevere in a field that is still heavily weighted toward white dancers. The two met in 2011, and in 2015, Ms. Wilkinson was present at Ms. Copeland’s New York debut in the lead role of “Swan Lake,” bringing her flowers onstage. Their friendship inspired Ms. Copeland’s recent children’s book, “Firebird.”
Anne Raven Wilkinson was born on Feb. 2, 1935, in Manhattan and grew up in a middle-class home in Harlem, a daughter of Frost B. and Anne J. Wilkinson. Her father was a dentist and her mother a homemaker.

Anne was 5 when she attended her first ballet, “Coppélia,” performed by the Ballet Russe de Monte Carlo. “I remember being so overwhelmed that I started crying,” she said in an interview in 2014 with the dance writer Margaret Fuhrer in Pointe Magazine. 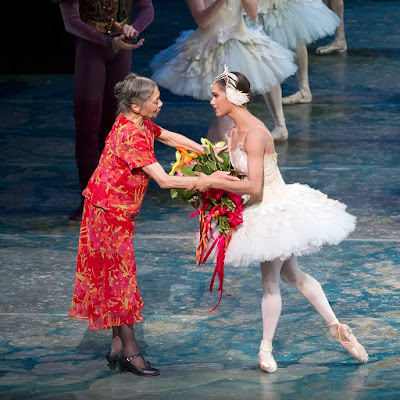 Ms. Wilkinson presenting flowers to Misty Copeland after Ms. Copeland made her New York debut in “Swan Lake” at the Metropolitan Opera House in 2015. Ms. Wilkinson was a mentor and friend to Ms. Copeland, the first African-American ballerina to be named a principal dancer at American Ballet Theater.CreditGene Schiavone

Her mother wanted to enroll her in the School of American Ballet in New York but was told that Anne was too young. She ended up at the private studio of Maria Swoboda, a Russian teacher who had been a member of both the Bolshoi Ballet and the Chicago Civic Opera Ballet.

Ms. Swoboda’s school was bought by Serge Denham, director of the Ballet Russe de Monte Carlo, in 1954, and Ms. Wilkinson auditioned with the company several times, only to be rebuffed. Through a friend in the administration, she learned that the company was hesitant to hire a black dancer because of its regular tours in the segregated South.

Ms. Wilkinson soon enrolled at Columbia University, which she attended for two years, but she persisted in her attempts to join the Ballet Russe, and on her fourth try she was admitted on a trial basis.

She officially joined the company in 1955 and performed a varied repertoire, including the waltz solo in Michel Fokine’s “Les Sylphides,” the Chinese Tea dance in “The Nutcracker,” a featured role in “Raymonda” and ensemble roles in numerous one-act ballets.

But as the seasons passed, a series of unpleasant racial incidents during the company’s Southern tours began to take its toll. In one performance, as she described it in “Ballets Russes,” two men came down the aisle of the theater yelling, “Where’s the nigger?” The men went onstage, moving from group to group in the ensemble, before eventually leaving.

She remembered being asked at a hotel in Georgia whether she was black and, after answering yes, being forced to move to a hotel for “colored” people.

“The company members supported me all the way,” Ms. Wilkinson said in an interview with Dance/USA years later.

She eventually stopped taking part in Southern tours, left the company in 1961 and stopped dancing altogether for two years.
“She had a hard time,” her brother said, “but she didn’t discuss it a great deal.”

She never danced for another American ballet company.

“Sometimes my heart hurt,” she said in the Dance/USA interview, adding, “I thought, after I left Ballet Russe, that I would never get back on stage again.”

In 1967, however, she auditioned with the Dutch National Ballet, encouraged to do so by another African-American dancer, Sylvester Campbell, then dancing with the company. She got in, and stayed with the troupe for seven years.

During that period the American ballerina Virginia Johnson saw Ms. Wilkinson perform a duet with Mr. Campbell — “Flower Festival in Genzano,” by the Danish choreographer August Bournonville — in a guest appearance at the Capitol Ballet in Washington.

“She was exquisite,” Ms. Johnson wrote in an email. “Back then I wasn’t thinking in terms of black or white, just that I wanted to dance like that. Nowadays, though, I am realizing that she was the first black ballerina I ever saw.”

Missing home, Ms. Wilkinson returned to New York in 1973 and, the next year, at nearly 40, joined New York City Opera, serving first as a member of its ballet ensemble. Later, after retiring from dancing, she became a supernumerary with the company, taking part in the stage action during operas. She stayed until the company’s demise, in 2011.

“She was so loved,” Susan Woelzl, who was a press representative for the company, said by telephone. “And none of us knew about her past. She never talked about it.”

Mr. Wilkinson said his sister had never wanted to be considered a pioneer.

“She used to say that her race was not of significance, other than that it was imposed on her,” he said. “All she wanted was to dance.”