AN ANTI-CORRUPTION GROUP ACCUSED THE LOUIS VUITTON FOUNDATION OF FRAUD AND TAX EVASION. 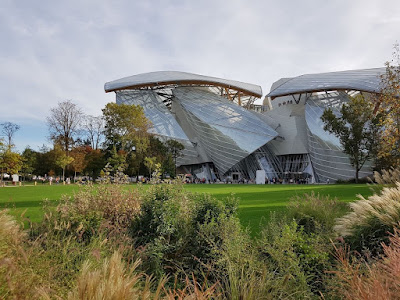 The Louis Vuitton Foundation in Paris. Photo by Moktarama, via Wikimedia Commons.

A French anti-corruption group has filed a complaint in high court in Paris accusing the Louis Vuitton Foundation of committing fraud and tax evasion in the construction of its Frank Gehry-designed contemporary art museum, which opened in 2014. The organization, Front Républicain d'Intervention Contre la Corruption (the Republican Front for Intervention Against Corruption, or FRICC), claims that the nonprofit branch of the luxury conglomerate LVMH was able to deduct some 60% of the cost of the museum from its taxes, and request tax refunds on some other costs. In all, FRICC claims that LVMH and the Louis Vuitton Foundation received nearly €603 million ($682 million) from the state toward the nearly €790 million ($894 million) construction costs of the museum. The actual cost of the museum, initially projected to be €100 million, was revealed last year to be closer to eight times that sum in a report by French magazine Marianne.

A spokesperson for the Louis Vuitton Foundation dismissed the complaint as having “as its sole goal to harm the reputation of the Louis Vuitton Foundation and the group LVMH,” according to Le Figaro. The spokesperson added that LVMH is planning legal action against FRICC for slander and will be seeking damages. The billionaire chairman and CEO of LVMH, Bernard Arnault, is a powerful art collector and currently the fourth-richest person in the world.

The accusations leveled by FRICC, which filed its complaint on November 15, coincide with a report in France’s audit court on the finances of the LVMH group and its members. The findings of that report, released last week, showed that the LVMH group’s taxes were slashed by €518.1 million ($586.3 million) between 2007 and 2017, accounting for 8.1% of the French state’s corporate patronage for that 10-year period.

“I hope that public authorities will seize upon the problems raised by the complaint and carry out a real evaluation of corporate patronage,” Joseph Breham, an attorney for FRICC, told the AFP.