With the government shutdown continuing into the new year, Smithsonian museums, along with the National Zoo, must prepare to close as well. 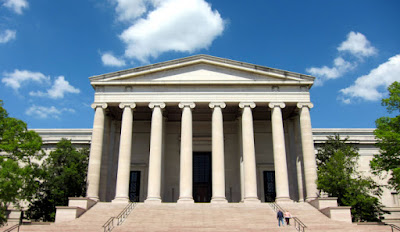 Yesterday, Smithsonian officials announced that due to the ongoing government shutdown, all 19 of its museums, as well as the National Zoo, will close on Tuesday, January 2 unless an agreement is reached. As the shutdown continues, more and more government offices are running out of money, with the Environmental Protection Agency, which employs 14,000 workers, prepared to close down as well.
“There’s no getting around it,” Linda St. Thomas, chief spokeswoman for the Smithsonian, said to NPR. She added that the Smithsonian will remain open through New Year’s Day, using funds from previous years. According to The Hill, the Smithsonian’s federal appropriation for 2018 was $1 billion.

Some museums are preemptively warning the public of an imminent shutdown. The National Gallery of Art currently has a banner at the top of their webpage that reads: “The Gallery will be open to the public through Wednesday, January 2. The Gallery’s status after January 2 is yet to be determined. The Gallery is always closed on January 1.”

Since Saturday, about 380,000 federal workers have been forced to stop their jobs due to the government shutdown, and come Tuesday, Smithsonian employees will join the furlough. Roughly two-thirds of Smithsonian staff are federal employees.

According to the Washington Post, if the Smithsonian remains closed for an extended period of time, “it can be a boon for the city’s numerous private museums.”

Thomas also told NPR, “The most important thing was to be able to get through this week because we didn’t want to disappoint people,” adding that traffic and tourism to the Washington, DC area begins to slow in January and February.  “But, even then,” she said, “you still have people who come for a once in a lifetime visit or to see something very special and it’s a shame to turn them away.”

Hyperallergic has reached out to the Hirshhorn Museum, the National Gallery of Art, and other institutions, to ask if they will indeed be closing. This post will be updated as we hear back.
https://hyperallergic.com/477718/government-shutdown-may-force-smithsonian-museums-to-close-starting-jan-