The author of books including Black Box, A Tale of Love and Darkness and In the Land of Israel, has died from cáncer 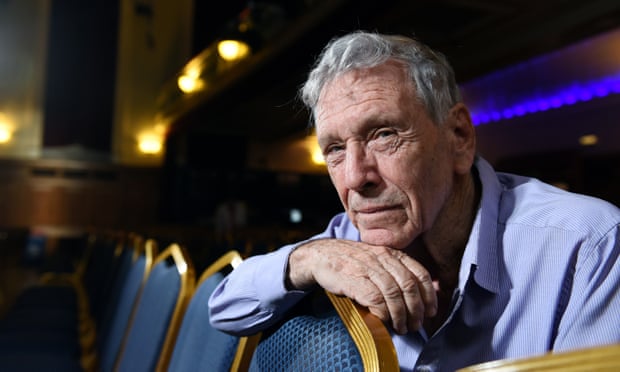 The esteemed Israeli novelist Amos Oz has died at the age of 79, from cancer.
The author of 19 works of fiction, hundreds of essays and articles about modern Israel and a longtime candidate for the Nobel prize for literature, Oz was best known for novels including Black Box, In the Land of Israel and A Tale of Love and Darkness. Much of his work, both fiction and non-fiction, explored kibbutz life and picked apart his characters’ often complex relationships with Israel – reflective of his own.
“My beloved father passed away from cancer, just now, after a rapid deterioration, when he was sleeping at peace, surrounded by the people who love him,” wrote his daughter Fania Oz-Salzberger, while announcing his death on Twitter on Friday. “To those who love him, thank you.”
“Sadness has descended on us,” said Israeli president Reuven Rivlin, calling Oz “our greatest writer” and “a giant of the spirit”.

Historian Simon Schama also paid tribute to Oz, calling him “a hero of mine, a moral as well as literary giant; a light to Israel and all who care for truth and justice.” “His life was a blessing and his work will be with us forever,” he wrote.

Born Amos Klausner in Jerusalem in 1939, Oz was raised by a Lithuanian father and Polish mother. When he was 12, his mother killed herself; two years later, he left home, and joined kibbutz, adopting the Hebrew surname Oz. Despite being raised in an irreligious home, Oz developed a fascination with religion, telling the Guardian in a 2016 interview that he began studying the New Testament as a teenager: “I realised at the age of 16 that unless I read the gospels, I would never have access to Renaissance art, to the music of Bach or the novels of Dostoevsky. So in the evenings, when the other boys went to play basketball or chase girls – I had no chance in either – I found my comfort in Jesus.”

Oz published his first book, short story collection Where The Jackals Howl, when he was 26. Critically acclaimed around the world as it was translated, the short story collection was followed by My Michael, his breakthrough novel, in 1968. The tale of a young woman’s marriage established Oz as one of Israel’s more prominent literary voices. Over the next five decades, a stream of novels would be translated into 45 languages. His 2002 autobiographical take on his childhood, A Tale of Love and Darkness, was one of the bestselling books ever to come from Israel and was later adapted for film in 2015 by actor Natalie Portman, who also played Oz’s mother.

Although he would never win the Nobel – despite being frequently tipped to win it – Oz was the recipient of many accolades during his lifetime, including the Brenner prize, the Franz Kafka prize and Italy’s Primo Levi prize. His final book in English, Judas, about an old man and a young man making sense of the world in a house in Jerusalem, was shortlisted for the Man Booker International prize in 2017.

After serving in the 1967 six-day war, Oz was one of the first public figures to advocate a two-state solution with Palestine, announcing in an article published days after the end of the conflict that “even unavoidable occupation is a corrupting occupation.” He was a founding member of the movement that became famous as Peace Now and, over decades, robustly criticised Israeli governments that refused to engage with a two-state solution, as well as all settlement activity. In his later years, he became a prominent critic of prime minister Benjamin Netanyahu and would decline to attend official Israeli functions as a protest against what he called “growing extremism” in Netanyahu’s government.

Oz also supported Israel’s position in a number of conflicts, including the second Lebanon war and the 2008-2009 Israel-Gaza conflict, and wrote hundreds of articles about his country for international media, including the New York Times and the Observer. In a 2017 interview, Oz said he supported US president Donald Trump’s moving the US embassy to Jerusalem. “Every country in the world should follow President Trump and move its embassy in Israel to Jerusalem,” he told German television. “At the same time, each one of those countries ought to open its own embassy in East Jerusalem as the capital of the Palestinian people.”

As 2018 draws to a close….
… we’re asking readers to make an end of year or ongoing contribution in support of The Guardian’s independent journalism.

Three years ago we set out to make The Guardian sustainable by deepening our relationship with our readers. The same technologies that connected us with a global audience had also shifted advertising revenues away from news publishers. We decided to seek an approach that would allow us to keep our journalism open and accessible to everyone, regardless of where they live or what they can afford.

More than one million readers have now supported our independent, investigative journalism through contributions, membership or subscriptions, which has played such an important part in helping The Guardian overcome a perilous financial situation globally. We want to thank you for all of your support. But we have to maintain and build on that support for every year to come.

Sustained support from our readers enables us to continue pursuing difficult stories in challenging times of political upheaval, when factual reporting has never been more critical. The Guardian is editorially independent – our journalism is free from commercial bias and not influenced by billionaire owners, politicians or shareholders. No one edits our editor. No one steers our opinion. This is important because it enables us to give a voice to those less heard, challenge the powerful and hold them to account. Readers’ support means we can continue bringing The Guardian’s independent journalism to the world.