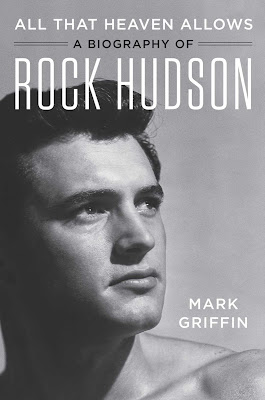 "All That Heaven Allows" by Mark Griffin
Harper
Rock Hudson was everything a romantic leading man could be in the 1950s and ‘60s – hunky, clean-cut, extraordinarily handsome – so much so that he ascended to a place where he was considered the “king of Hollywood” and lived in a Beverly Hills mansion nicknamed “The Castle.”

But as author Mark Griffin points out in his exhaustive and empathetic biography “All That Heaven Allows” (Harper, 496 pp., ★★★ out of four stars), the actor paid a heavy personal price for his preeminence.

Deeply closeted in an era where an openly gay man could never be a celluloid hero, Hudson – a matinee idol of the first order who wooed Elizabeth Taylor, Lauren Bacall, Gina Lollobrigida and Doris Day onscreen, and starred most successfully and famously in films like “Giant” and “Pillow Talk” – spent his life and career hiding in plain sight.

That’s the narrative thrust of this on-screen/off-screen examination of Hudson: “Long before he landed in Hollywood, he understood that if he wanted to be accepted, the very essence of who he was would have to be edited out of the frame.”

And that’s exactly what Hudson did, until the public disclosure of his AIDS diagnosis, shortly before his death in 1985 at age 59, cast him in a new role as the face of a global and much misunderstood pandemic.

Griffin fills in what’s left to say in between the lines with an impressive list of interviews with movie star friends, acquaintances and co-stars and also digs deep into private journals and correspondence.
Among the themes and highlights, most of them known, but gaining heft in detail:

1. Hudson’s childhood was brutal.
He was born Roy Scherer, Jr. in Winnetka, Illinois, in 1925. Hudson’s biological father abandoned his mother Katherine, while his stepfather, Wallace Fitzgerald was physically abusive – including, Hudson once said, when he told Fitzgerald he wanted to be an actor. “From an early age,” writes Griffin, “he learned that you could talk about pretty much anything – except what you truly felt and what you really wanted. Like a father.”

2. His brief marriage to Phyllis Gates was meant to keep scandal sheets at bay.
Gates, secretary to Hudson’s notoriously predatory agent Henry Wilson – the man who “invented” Rock Hudson – may or may not have known Hudson was gay. What is known is that the public was openly wondering why Rock Hudson wasn’t married and Confidential Magazine was intent on exposing him. “Henry Wilson knew that there was only one way to silence all of the rumors about Hudson’s homosexuality,” writes Griffin. “It was time for Rock to get married. And fast.”

3. Many of the characters Hudson played were deeply conflicted.
Whether Hudson was playing the hero, the lover or even the science experiment, many of the characters were, on some level, conflicted. Griffin speculates that it’s more than likely that Douglas Sirk, who directed Hudson in such films as “Magnificent Obsession,” “All That Heaven Allows” and “Written on the Wind,” “certainly knew the score about Hudson, (and) nudged his leading man toward characters who are in the throes of an identity crisis.” 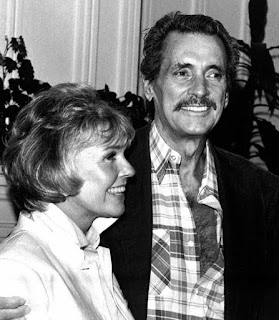 4. He may have fathered a child during his days in the Navy.
In 2014, a woman named Susan Dent sued Hudson’s estate claiming to be Hudson’s daughter and wanting “no financial remuneration but only an order establishing paternity.” According to Griffin, Hudson’s adoptive sister had a letter in her possession from Hudson to a friend that “tells his friend everything.” Furthermore, says Griffin, “more than one individual interviewed for this book insisted that while Hudson was in the Navy he fathered two daughters – by two different mothers – though no evidence has been produced to support these claims.”

5. When his AIDS diagnosis was still a secret, Hudson informed former lovers anonymously.
It fell to one of Hudson’s closest friends, George Nader, to deliver the news, which took the form of an anonymous letter sent to four individuals Hudson had sexual relations with prior to his diagnosis. The letters, which were mailed by Nader from Palm Springs so recipients would not trace them back to Hudson, read as follows: “We recently had sex together and I have been informed by my doctor that I may have AIDS. Please go to your doctor and have a check-up.” According to Nader’s partner, Mark Miller, “Only one person ever responded…” It was a 22-year-old man from New York that Hudson had a fling with. The man found out the next day he had AIDS, and, having guessed the identity of the correspondent, sold his story to one of the tabloids for $10,000. “He died six months later,” according to Miller, who added, “His name was Tony.”